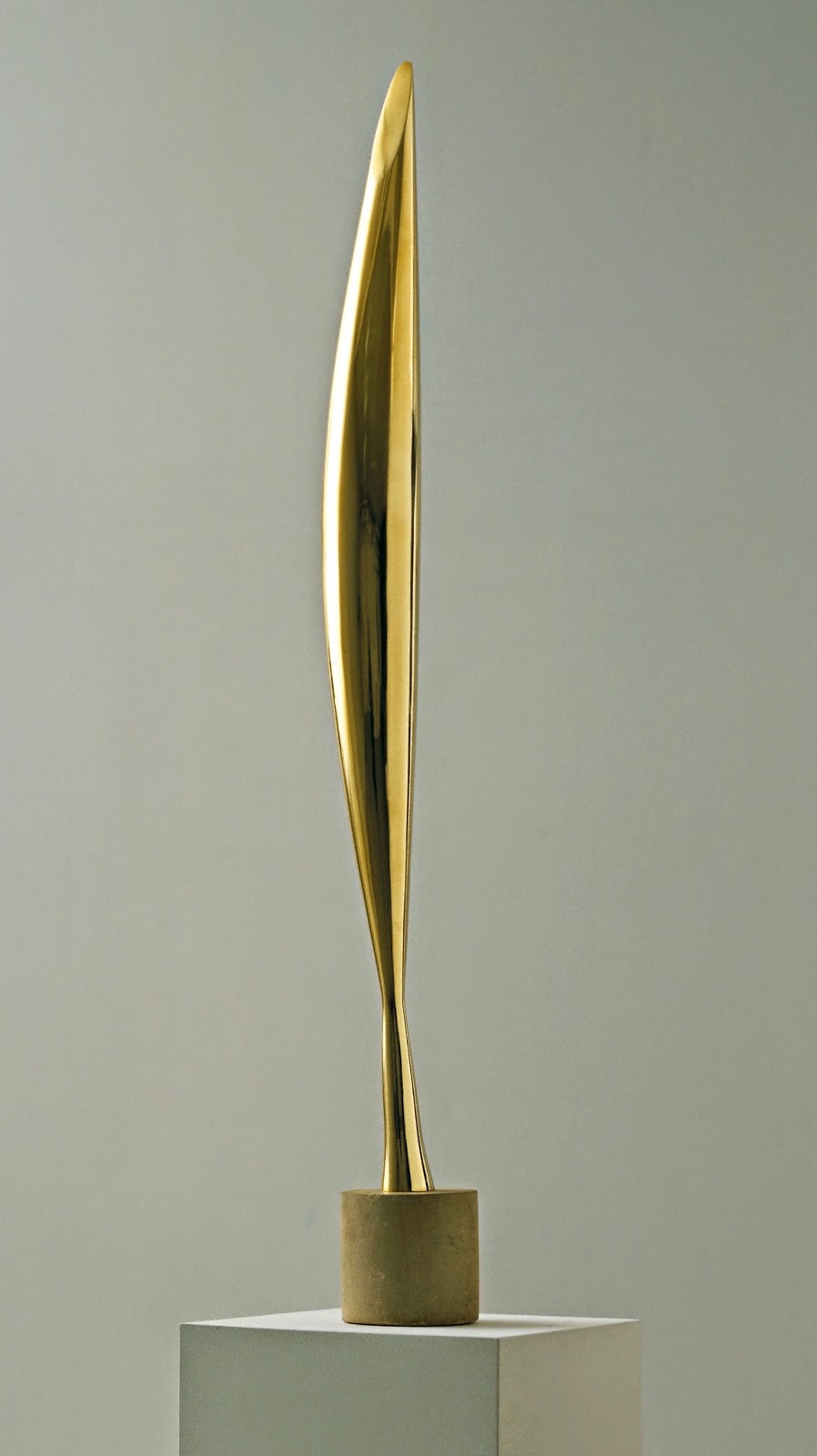 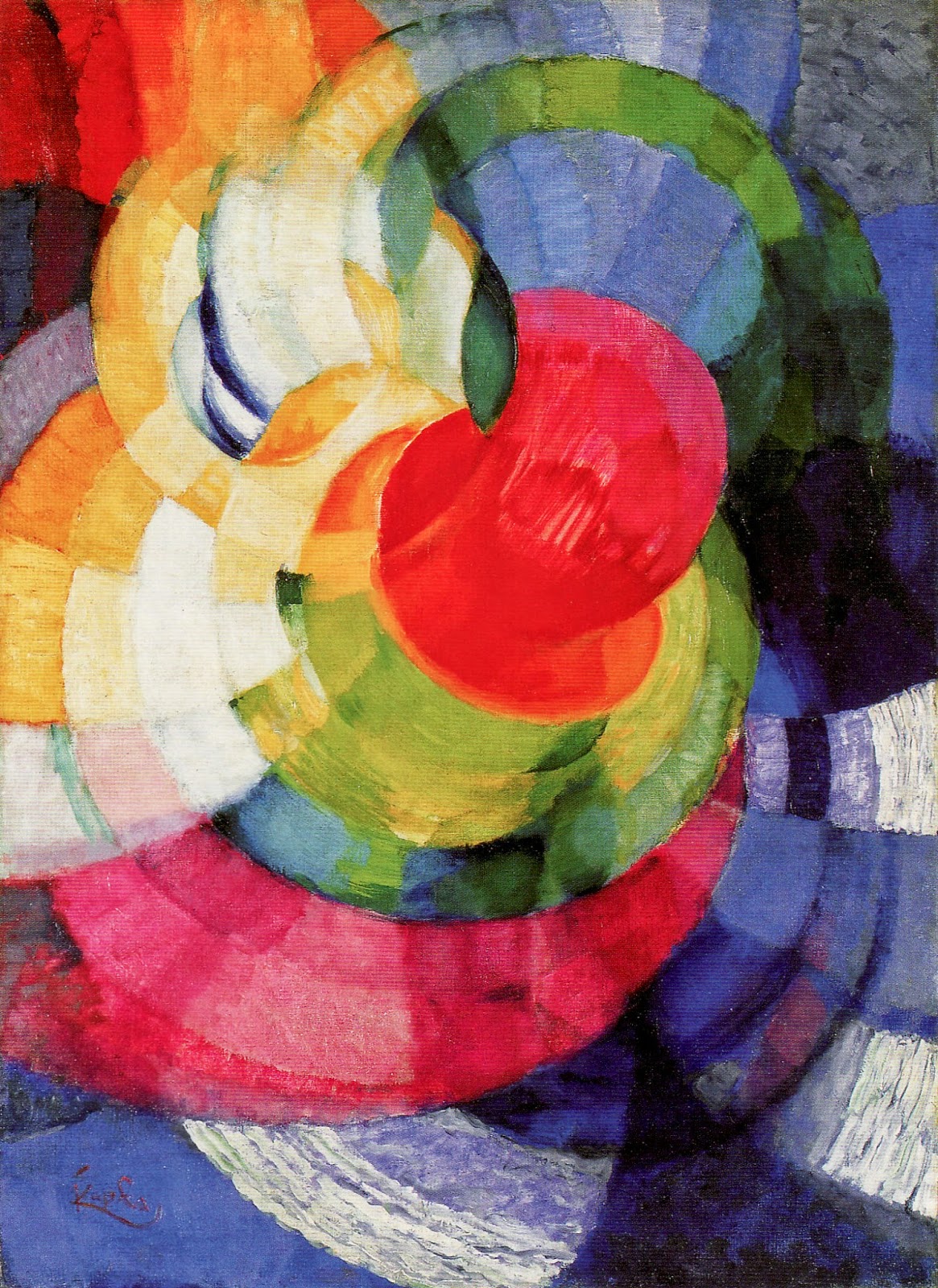 Frantisek Kupka, The Disks of Newton 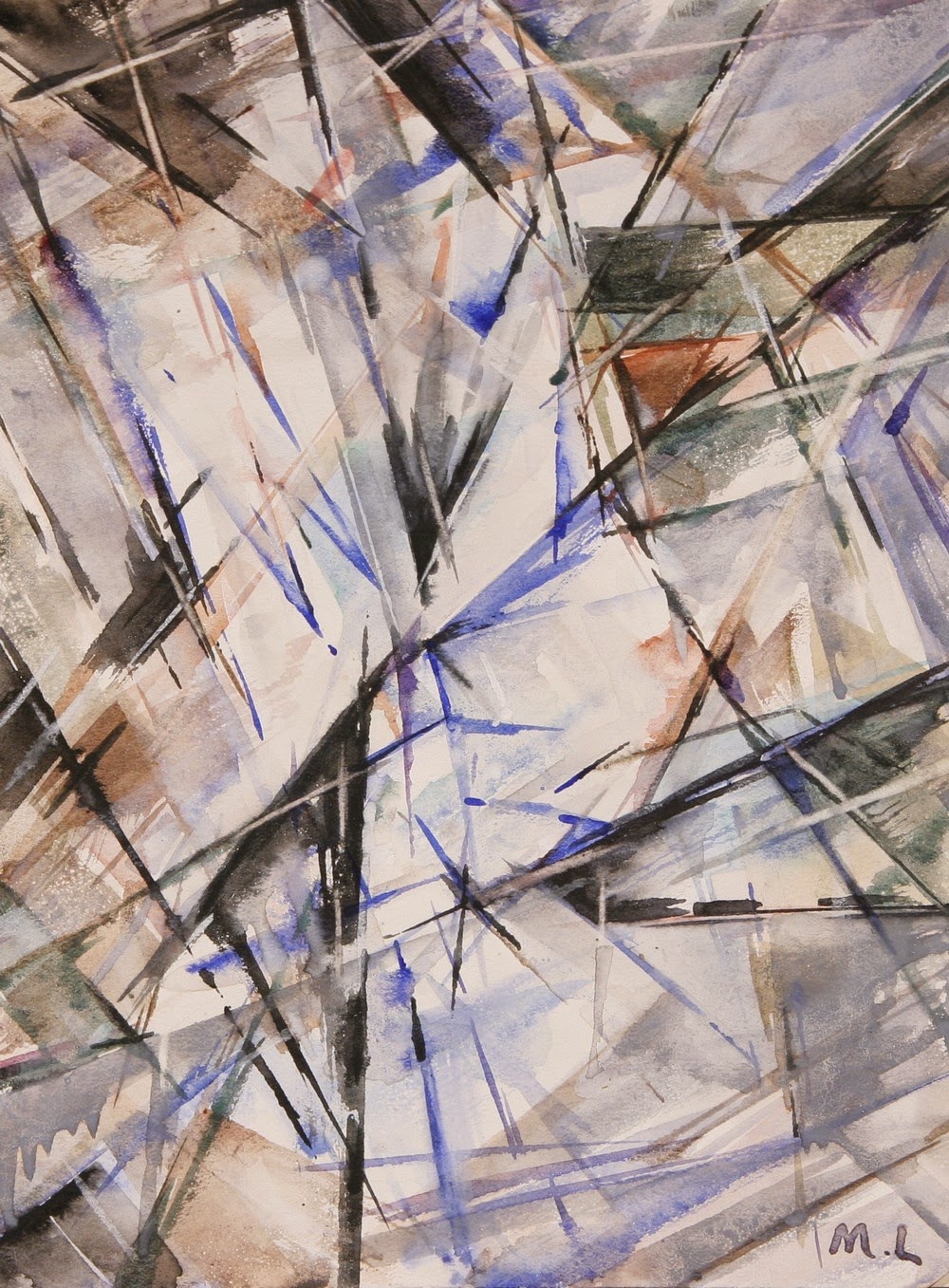 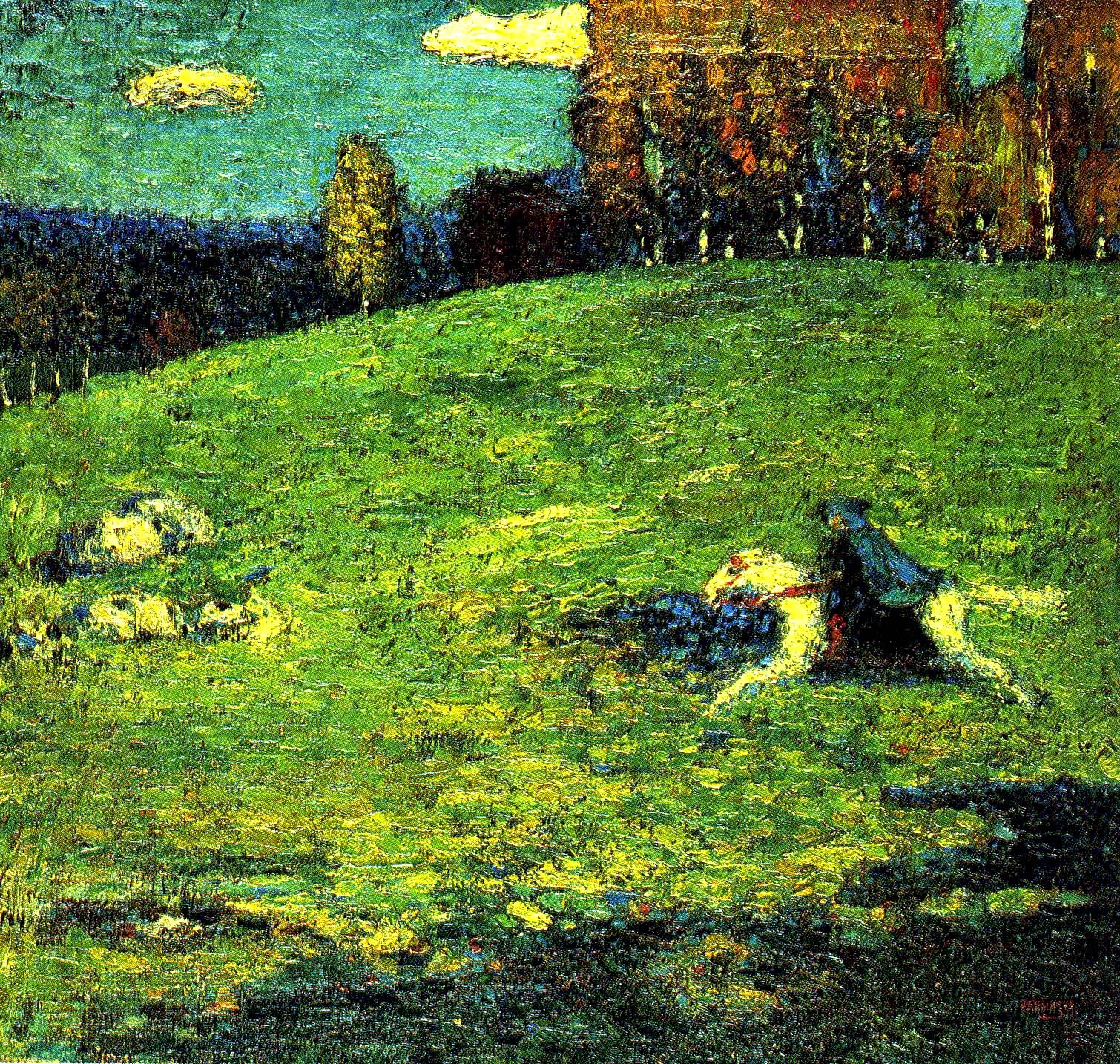 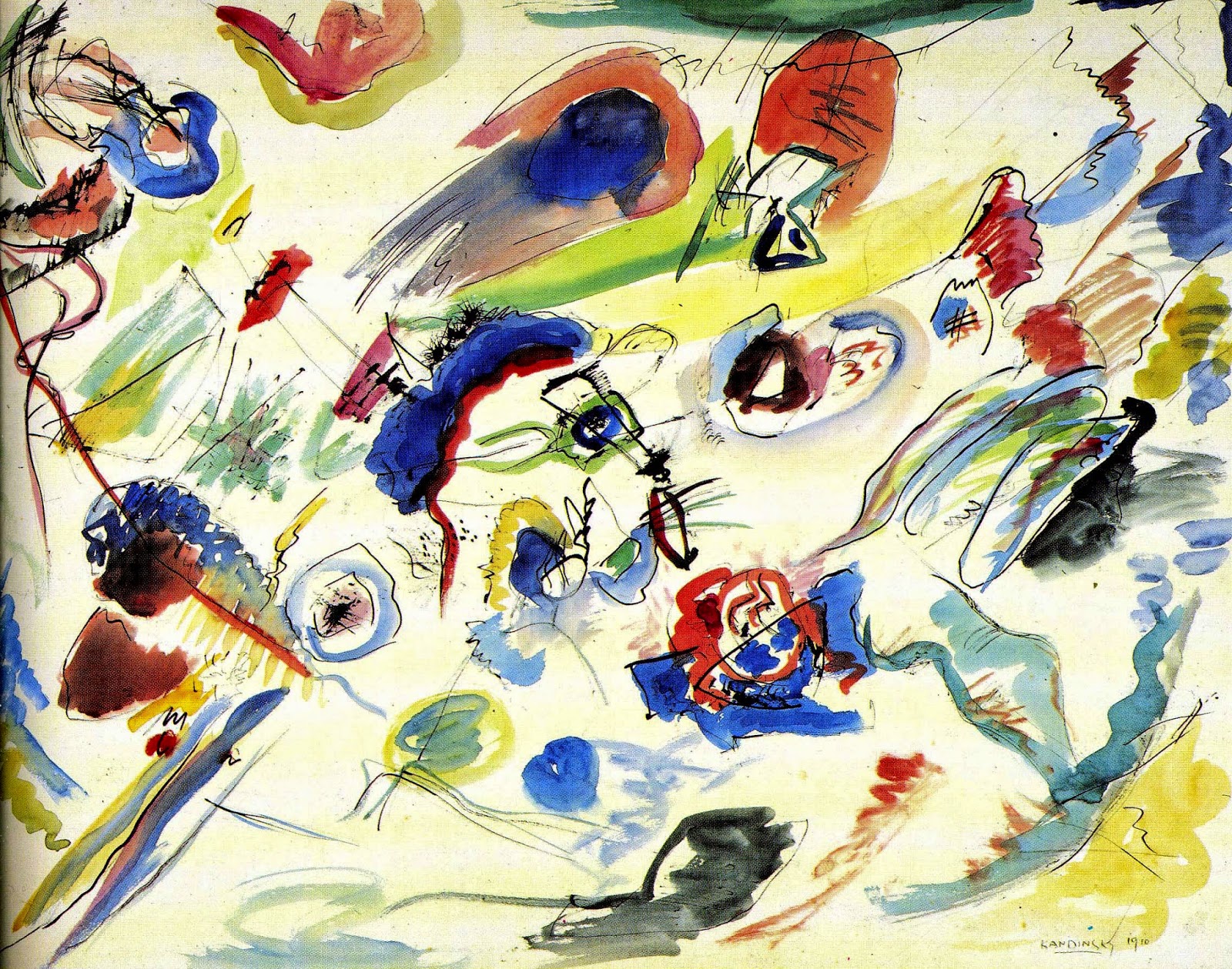 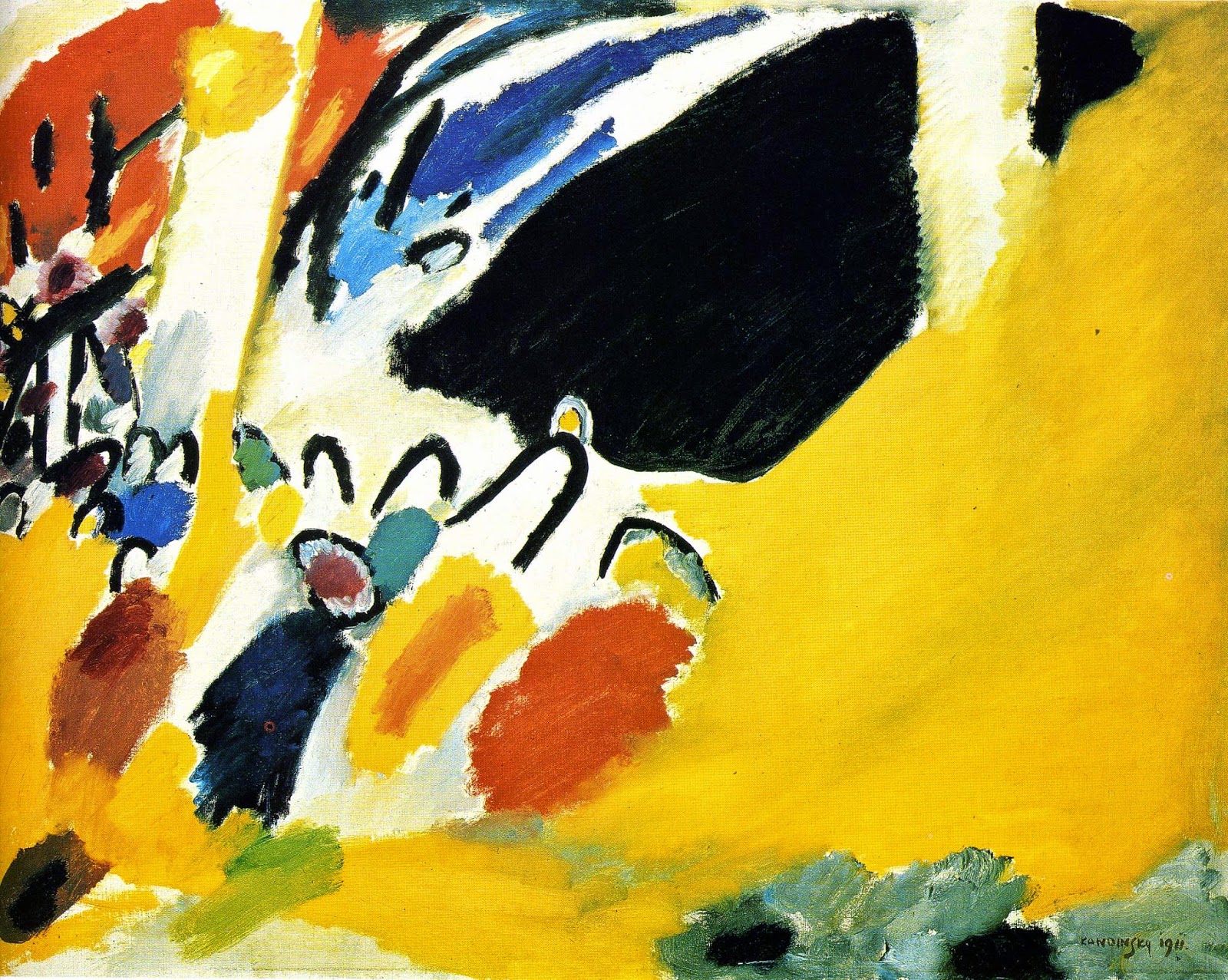 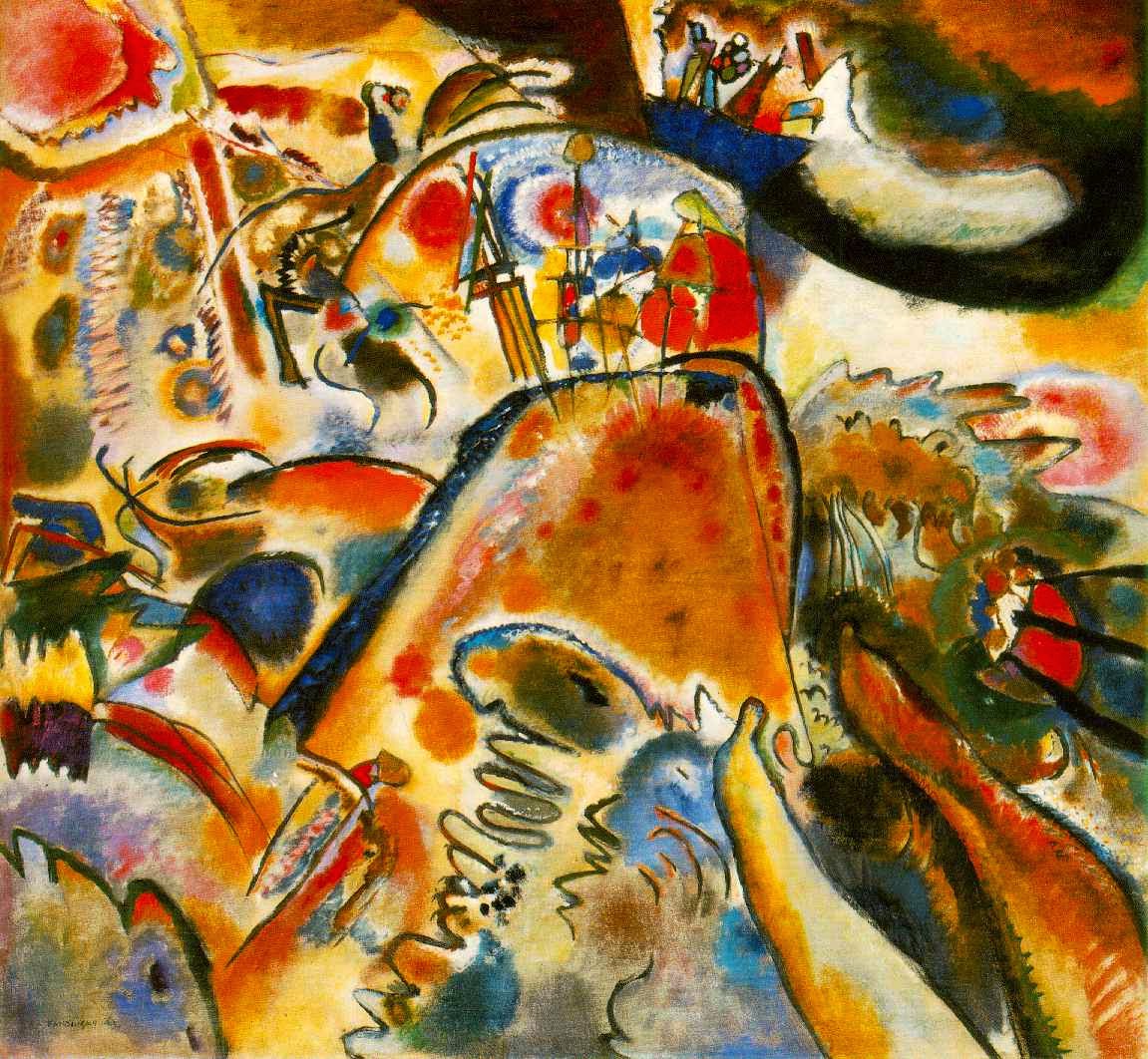 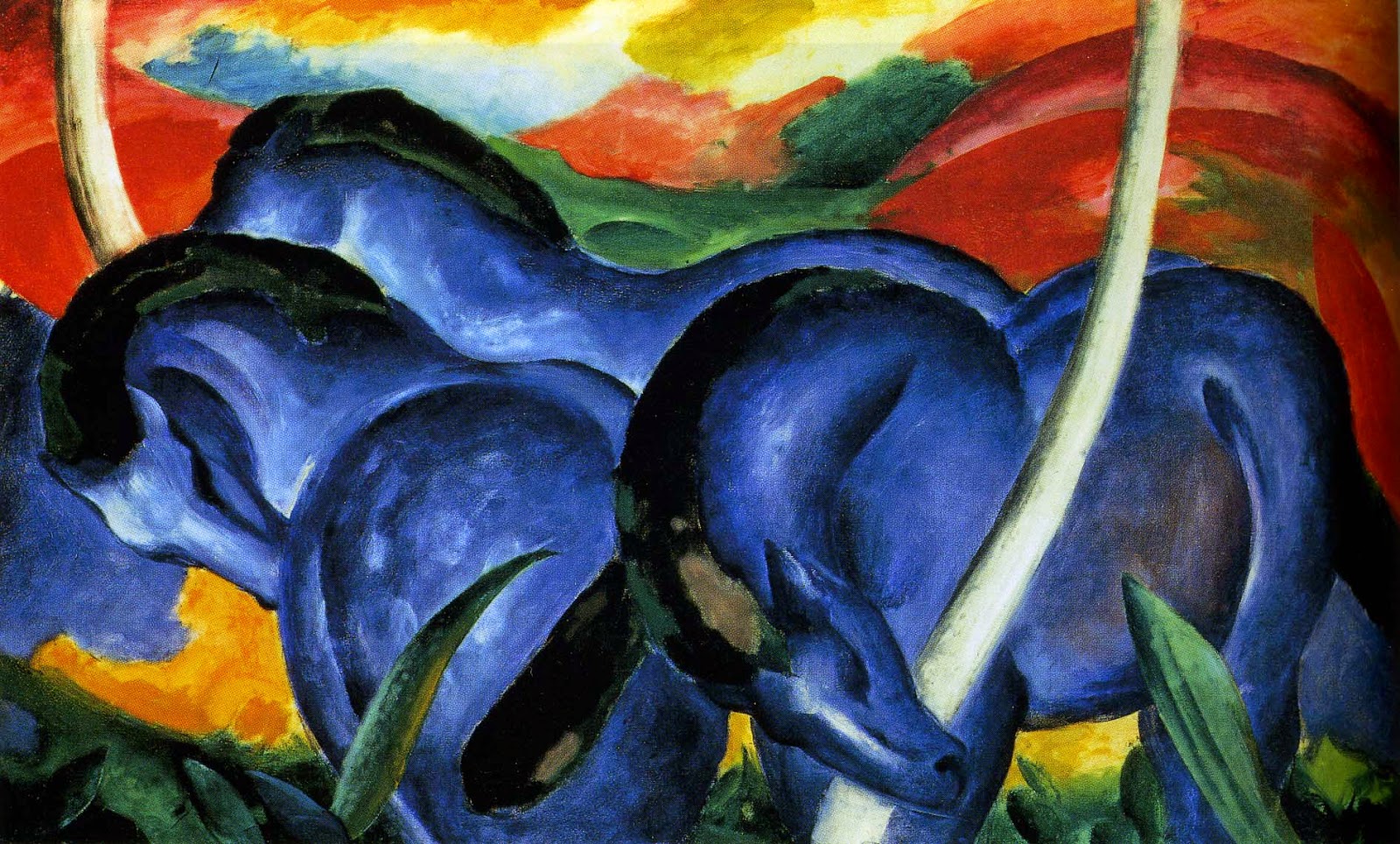 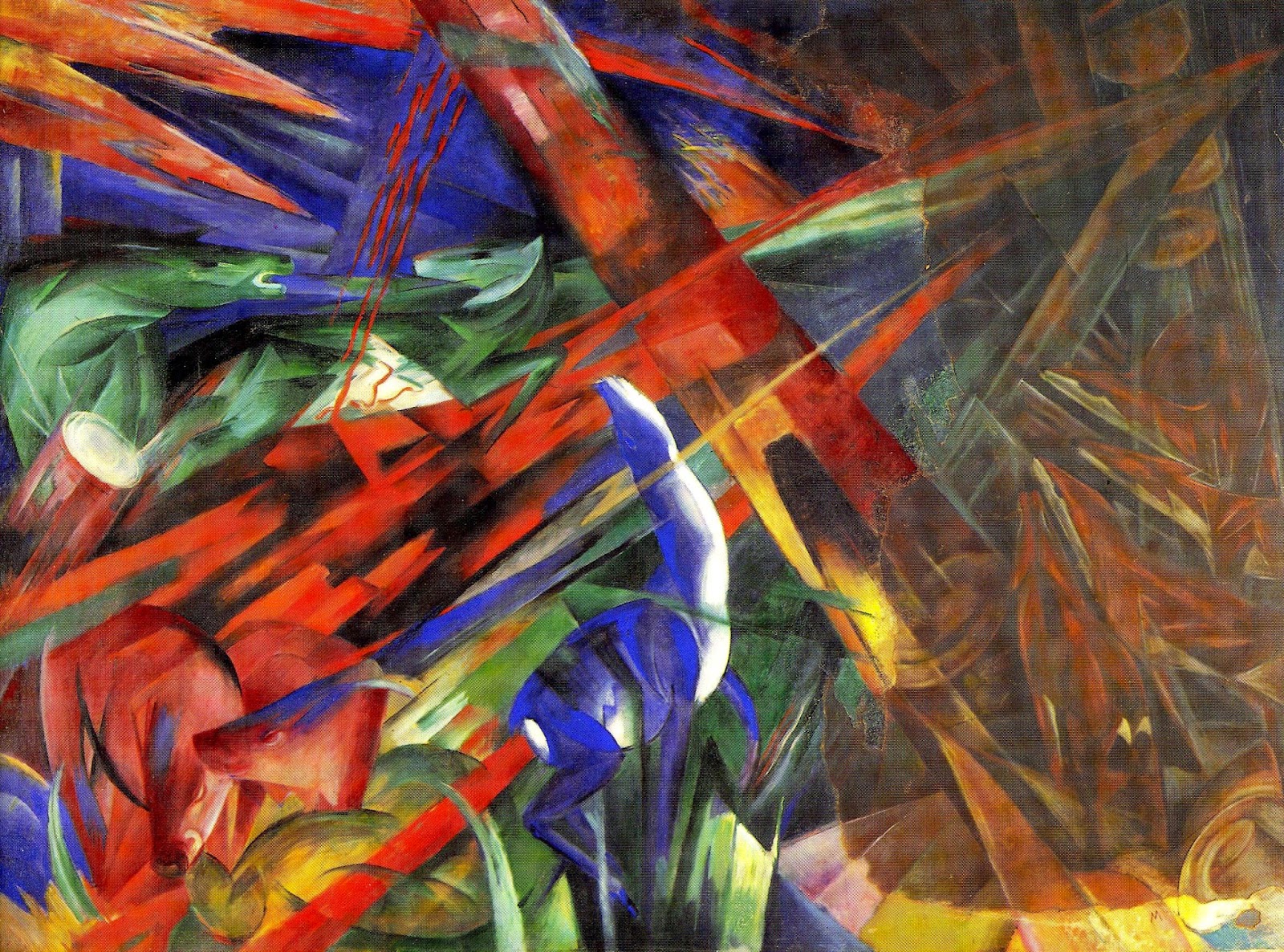 Franz Marc, The Fate of the Animals, Blue Rider Group 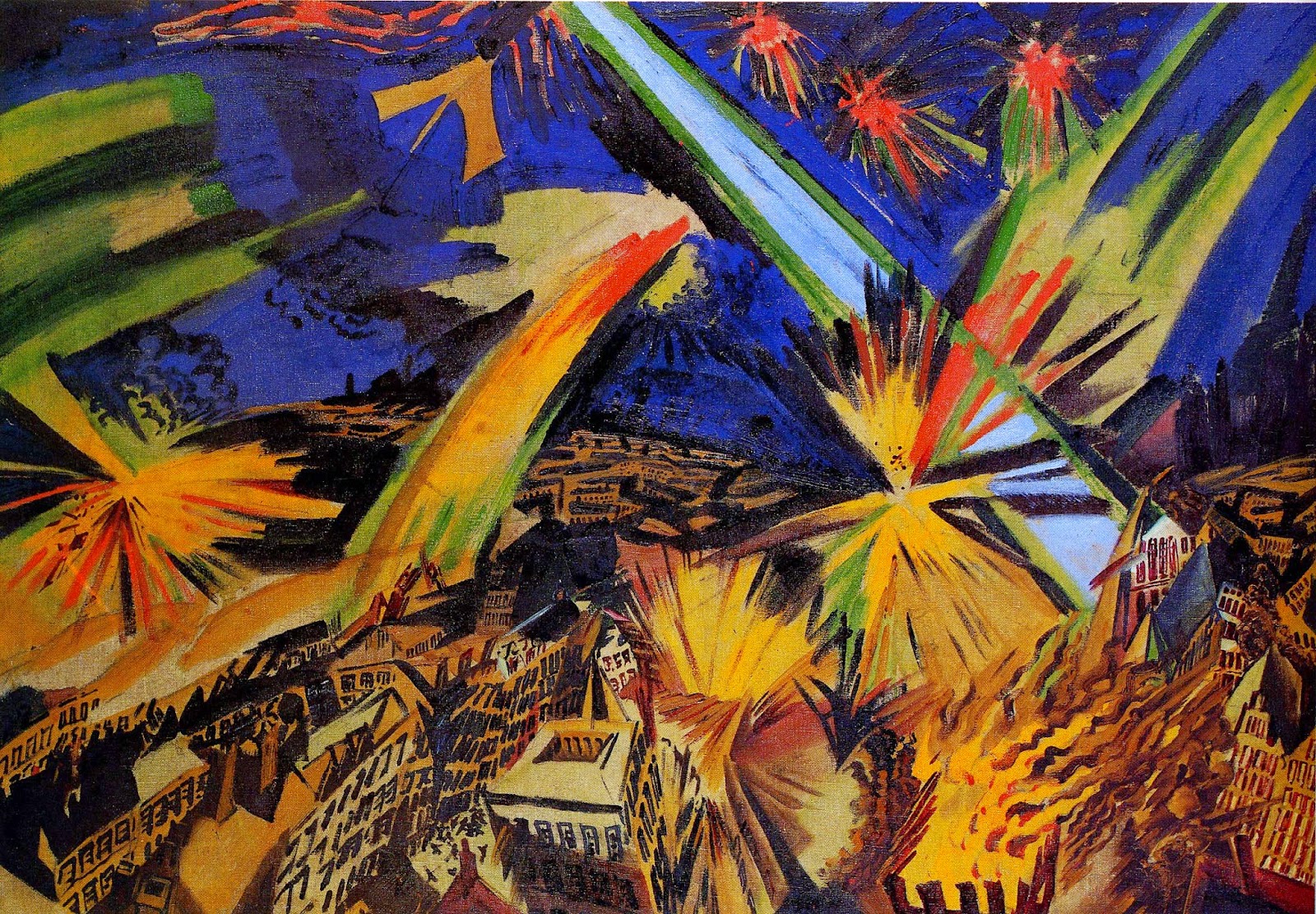 Read Chapter 6 in the textbook.


The Rite of Spring 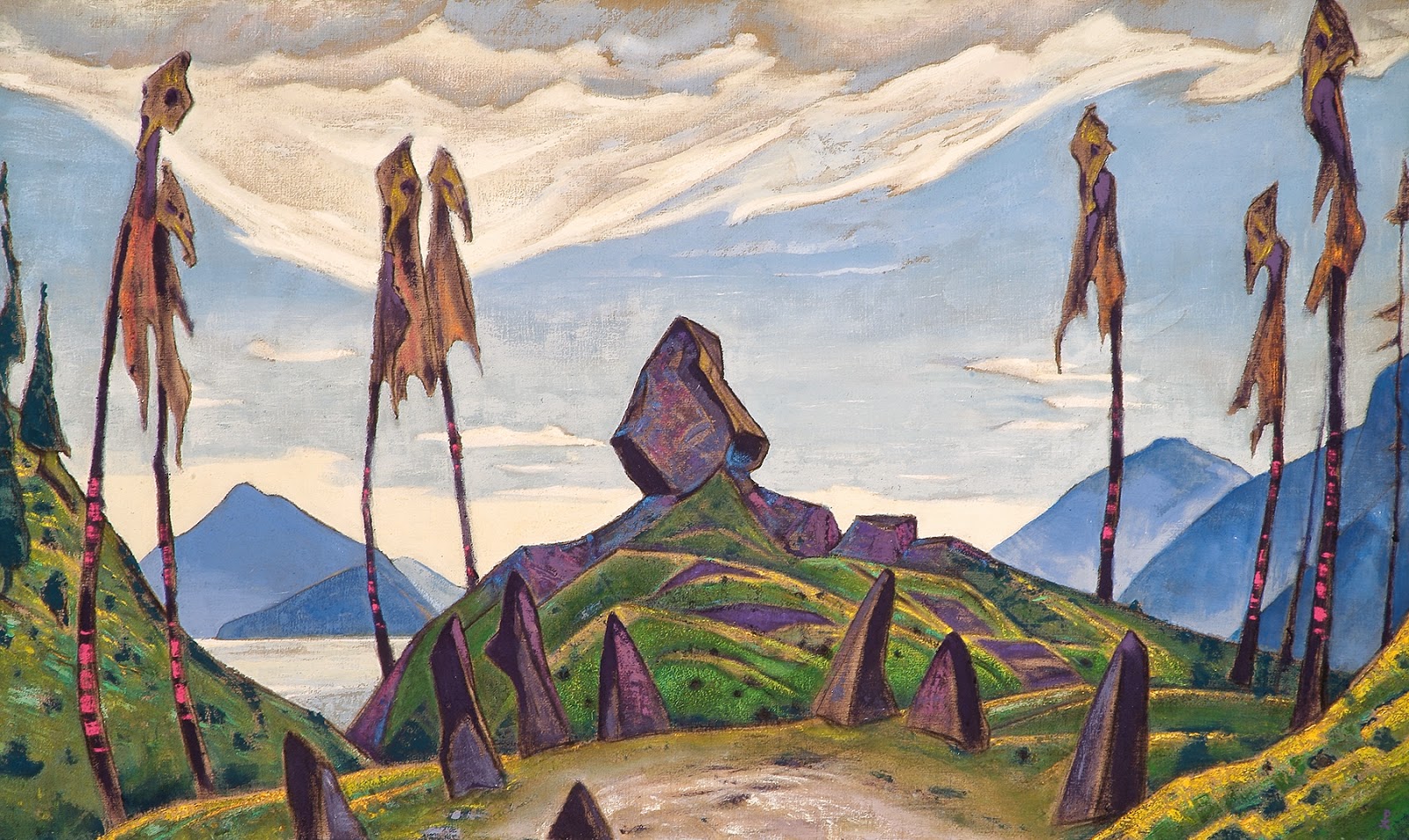 Nikolai Roerich, study for scenery design for The Rite of Spring ballet.


On May 29, 1913, a ballet by the bright new star composer Igor Stravinsksy opened at the brand new Theatre Champs Elysee in Paris.  Stravinsky and the Ballets Russe had a spectacularly successful debut with The Firebird in 1910, a huge hit with both critics and the public.  Audiences eagerly bought tickets to Stravinsky's new ballet The Rite of Spring.  The ballet, conceived by Nikolai Roerich who also designed the sets and costumes, and choreographed by Vaslav Nijinsky was an evocation of ancient pre-Christian Russia.  It was supposed to be an imaginary recreation of a ritual of human sacrifice to welcome the spring.  A woman chosen for the sacrifice dances herself to death.
This is what the audience saw after the curtain went up:

Here is the Joffrey Ballet's 1987 reconstruction of the original 1913 premier performance of The Rite of Spring.


Audiences used to Giselle and Swan Lake were horrified.  Instead of music with the fluid easy transitions that they expected, Stravinsky confronted them with shrieking dissonances and pounding driving repetitive rhythms.  Vaslav Nijinsky's choreography likewise disposed of the grace and fluidity of 19th century ballet for violent jerking motions and for clapping and stomping.  The sets and costumes by Nikolai Roerich were definitely not the taffeta confections audiences were used to.  Roerich intended them to be reconstructions (not evocations) of pre-Christian ancient Russia.
Some in the audience began loudly booing and shouting catcalls and insults.  Others who wanted to see the ballet began shouting back at the hecklers.  Rioting broke out in the audience complete with fist fights.  Supposedly, the noise was so loud that the dancers could not hear the orchestra and Nijinsky had to shout rhythm counts and cues to his dancers from backstage.  The critics in the newspapers pounced and public morality scolds editorialized about license and decadence.

The impressario of the Ballets Russe, Segei Diaghilev, was delighted.  There's nothing like scandal to drive ticket sales and to establish a reputation for avant-garde bravery.  The ballet continued for 5 more performances in Paris before moving on to London and the Drury Lane Theater. 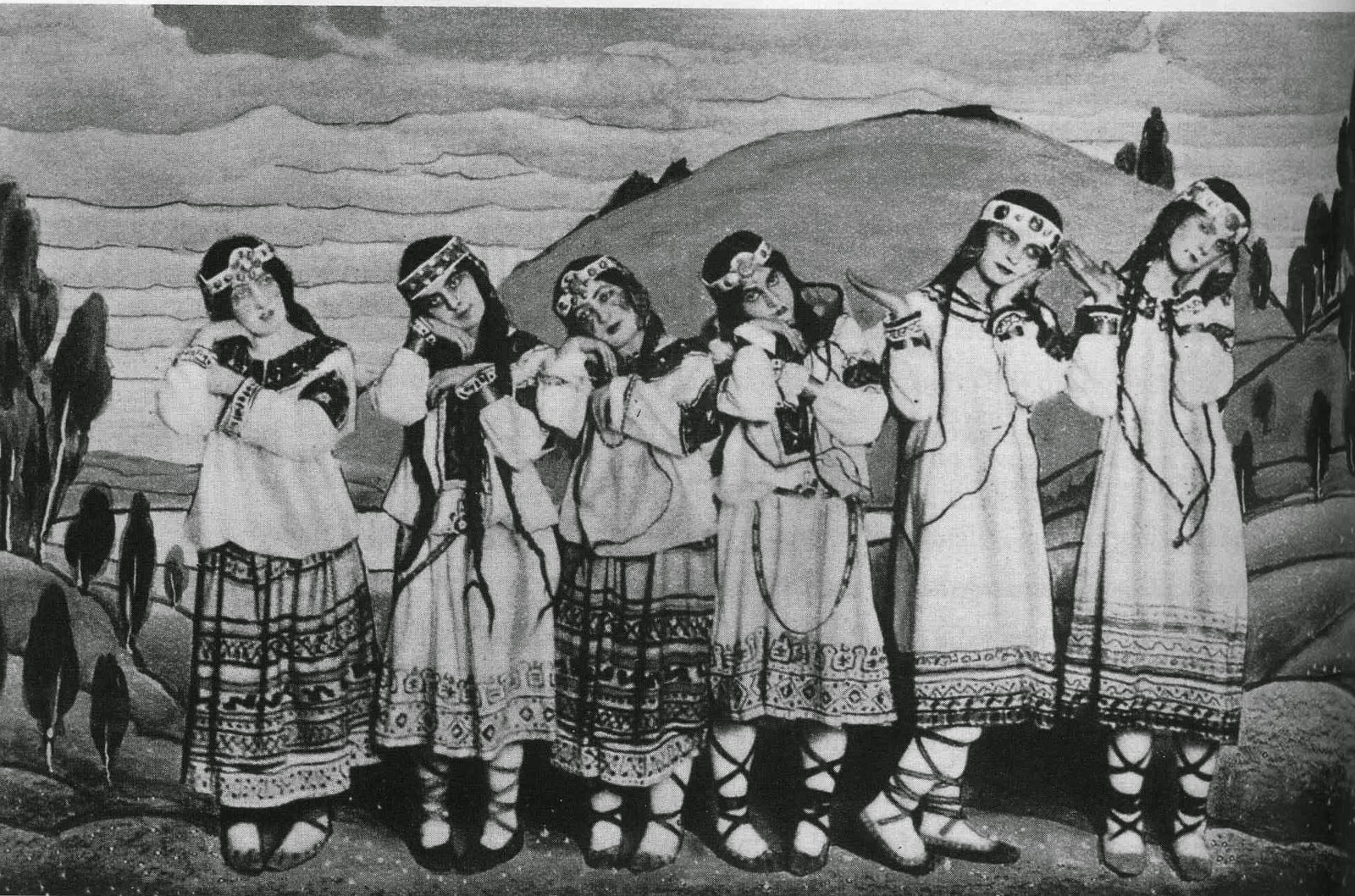 Igor Stravinsky and Vaslav Nijinsky in 1911


As abstract art made its public debut around the year 1913, so The Rite of Spring was a major break with the conventional aesthetics of music and ballet that opened up new possibilities to other composers and choreographers.

Stravinsky never wrote anything quite like The Rite of Spring again.  He would go on to write music that was more formal and not quite so expressionistic.

The Rite of Spring began as a scandal.  People at the time found this ballet to be deeply shocking and offensive.  Today, it is a standard part of the classical repertoire and a classic.

It is hard to remember that so much of the work we look at in this class deeply shocked and offended many people when it first appeared.  So many of the artworks in museums and illustrated in textbooks on art in the 19th and 20th centuries were considered scandals by the people who first saw them.

Here is The Boston Symphony Orchestra conducted by Seiji Ozawa performing Igor Stravinsky's score for The Rite of Spring:


Posted by Counterlight at 9:22 AM 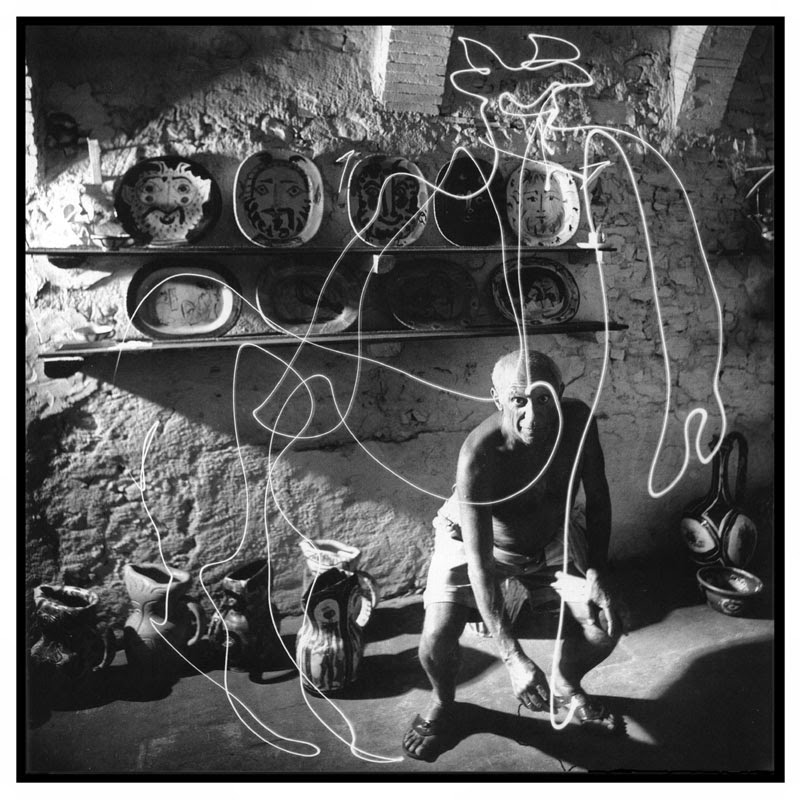